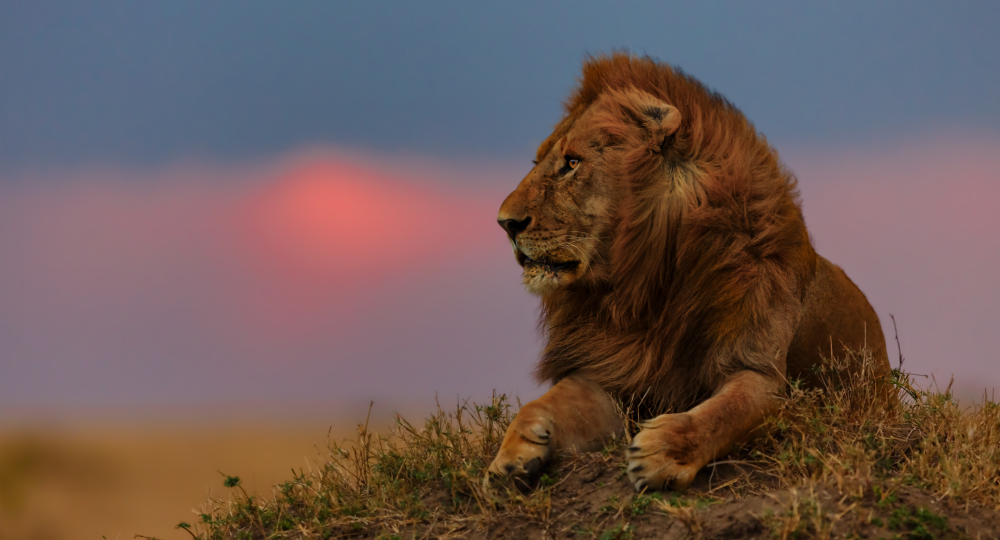 Augustine, one of the most renowned scholars, once said, ‘The world is a book and those that don’t travel read only one page.’

As the holidays approach, most of us are thinking about spending our vacations in the beaches of Diani, the quiet and exciting rich sites of Naivasha and Nakuru or even cruising in the sandy deserts of Dubai. The options are limitless.

However, in spite of the numerous varieties of options though, the two-county destinations hold the number one spot in our wanderlust-filled hearts.

So, if you’re going to travel anywhere this year, it should be to these adventure-filled destinations. There is plenty to go around from the tranquility at Ol Pejeta Conservancy to the romantic treats at Saruni in Samburu and the spectacular views of wildlife and botanical gardens you cannot have enough of it!

In that spirit, here are the places and things you need to do in Laikipia and Samburu:

Home to the late last standing northern white rhino, Sudan, Ol Pejeta stands as one of the largest conservancies in Laikipia County. It’s the rhinos that form as the centerpiece of this conservancy.

In fact, – its (at last count) 111 black rhinos form the largest population in East Africa.

There’s also the chimpanzee sanctuary that founded by the Jane Goodall Institute and Kenyan Wildlife Services, and it serves as a refuge for orphaned and confiscated chimpanzees and is the only place in Kenya where non-indigenous chimpanzees can be seen.

Here you’ll see chimps that are four times stronger than humans and even almost as smart. There’s a chimp girl, we think, that can make two wires on the electric fence touch, and cause them to short circuit thus resulting in Prison Break – the Chimp Edition. There’s also ‘War of the Planet of Chimpanzees’ with an alpha male known as Oscar who took over from his from father, Ndaronse, after winning a fight, it happens just like in those wolf movies.

There’s also George (an equally aggressive chimp) who has been plotting to overthrow Oscar’s throne and take over the place.  Therefore, if you’re a director looking for inspiration for a movie, then this is a must-go!

It’s also one of the limited numbers of private conservancies in the region that is geared towards day visitors. It also houses some restaurants and camps like Morani’s and Serena Camp, where you can take a breather and enjoy some delicious meals with your friends and loved ones.

The Samburu National Reserve, which stems its name from the local Samburu community and it’s one of the most surreal reserves in Kenya.

It hosts some of the unique animal species and thousands of birds. So if you love seeing nature at its best, watching as the birds dance and chirp in the air, then this is the place to be.

It’s famous for its abundance in rare northern specialist species like the Bushell Zebra, the Somali Ostrich, Gerenuk, Reticulated Giraffe, and the Beisa Oryx, also known as the Samburu Special. It’s also popular with more than 900 elephants, the fiercest predators like lions, leopards, and cheetahs.

Most people visit Samburu Reserve for the popular Kamunyak the Miracle Lioness that adapted the baby Beisa Oryx, which is one of the most special residents of the reserve.

There’s also the birdlife which is abundant with over 450 species recorded. For instance, there are some unique birds in Africa like the Lesser Kestrel and the Taita Falcon which are species of global conservation concern, and they both use the reserve. There’s also the African Darter, Great Egret, Martial Eagle, White-headed Vulture, and the Yellow-billed Ox-pecker.

Just near the park is a village, the Umoja Village that’s only made up of Samburu women and some children who are growing up in the town. So with time, you can get to mingle with them and hear some of the most absurd stories on their community.

If you also need to enjoy a fresh and chilled evening you can head to Saruni Samburu camp and Sabache Camps. Saruni Samburu camp is a stylish luxury camp that’s perched on top of the hill in the remote Kalama Wildlife Conservancy, where General Mathenge passed on his way to Ethiopia during the MauMau days.

You can exercise your John Snow move by rock climbing, participate in the professionally-led game walks, take evening scorpion ‘safaris,’ hikes, bask in the warmth of the bonfire while enjoying your bush dinner and make a wish besides your partner when stargazing.

Sabache Camp, on the other hand, offers you a very authentic and personal safari. The place provides you camel safaris, get a chance to test your Beyonce tones at the Singing Wells and also see you Jason Bourne stamina by going to the overnight camping trips at the summit of O’lolokwe-Sabache.

The Shaba Reserve in Samburu is one peaceful reserve made famous by Joy Adamson, author of the acclaimed book and film, ‘Born Free.’ Along with Buffalo Springs, Shaba lies on either side of the northern Ewaso Ngiro River.

It’s one of the greenest reserves in Samburu County, thus making game viewing less comfortable; however, it’s one of the best places to see some of the rarer species in Kenya including, the Grevy’s zebra, Somali ostrich, Generuk and the reticulated giraffe, amongst others.

It also has a waterfall and some hot springs so you can always take a diverted root and see the wonders of nature.

One of the most recognizable things about Shaba is that it served as the scenery for the book and film ‘Born Free,’ for the ‘Out of Africa’ movie and the reality show Survivor: Africa. It’s also the home to Joy Adamson’s burial place – conservationist and writer, and human mother to Elsa the Lioness – who was sadly killed here in 1980.

So, if you love learning new things every day, enjoying having a picnic in the wild and exploring the rich culture of Africa, then you must get to this place!

You can also mingle with the Samburu community who, just like the Maasai, have stayed true to their roots and traditions.

Ngare Ndare (Maasai for ‘water for the goats.’) Forest is one of the most well-kept secrets in Kenya. It’s an indigenous forest corridor connecting elephants’ path from Lewa Wildlife Conservancy to the rich grazing on the hills of Mt. Kenya. The river, Ngare Ndare, originates from a spring in the forest and forms blue pools that go on to offer water to the wildlife along its banks and also to the surrounding communities.

The altitude here is high so the best time for you to visit is during the dry season, particularly if you’re camping as there are no accommodation facilities here. The camp area is situated in a clearing in a bushy area, so there are no stunning views.

Ten minutes from the campsite is a canopy walk. It’s one of the only three canopy walkaways in the whole of Africa. It features floating aerial walkways and boardwalks that are made of curved steel and timber. It winds and dips its way through and over the trees. It offers you an opportunity to share a similar space in the natural habitat with monkeys or birds.

You can also take up some activities like hiking, game drives (you can see some resident forest elephants. They can be a bit shy, but then it’s fascinating seeing elephants at a close distance), diving and swimming in the waterfall pools and abseiling.

ll Ngwesi Eco-Lodge, the arguably only upmarket lodge in Kenya that are’ owned, managed and staffed by the Maasai community. The lodge is a rustic, six-room lodge crowning a bush-covered hill on the Il Ngwesi Group Ranch.

The lodge is named after the local Maasai and “Il Ngwesi” translates as “People of Wildlife.” They’re part of the Il Laikipiak clan, and they’ve resided in this vibrant area for generations. They decided to set aside a large proportion of their group ranch to promote sustainable wildlife conservation and rangeland regeneration. The lodge borders the Lewa Wildlife Conservancy, and their land is a vital corridor for wildlife casually moving back and forth from Samburu, Laikipia and Mount Kenya.

The place offers you game drives that give a personalized view of some of the unique animals. There are the impalas, baboons, bushbucks, zebra (both the Plain and Grevy’s), jackals, waterbucks, and the lesser kudu. You might even see the hand-reared black Rhino Omni, have guided walks, and also experience the camel safaris.

You can also get to visit the cultural bomas of the Maasai and get some tidbit facts about their hunting practices or watch the vibrant Moran dances.

In the evening you can get to relax and enjoy a night under the stars when your bed is rolled out into the open, Sounds like a romantic scene from the Hollywood movies, right? Well, Il Ngwesi should be on top of your ‘places to visit’ list. You can’t get enough of the area. You might even be tempted to rent a house there.

There’s a helluva lot to discover in Laikipia and Samburu. So get those bags, fuel your vehicle or get your tickets and bask in the limitless sceneries and wonders of nature that these counties have to offer! There’s something for everyone! 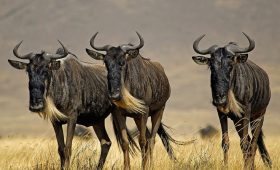 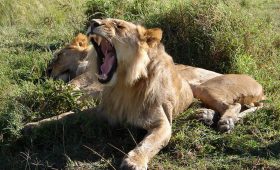