Sprawling on the rugged slopes of Mount Kenya and extending to the Northern Kenyan is the rim of the Great Rift Valley, the Laikipia Plateau.

It’s one of the most tranquil natural havens that is a patchwork of fenced cattle ranches, tribal land, and community-run wildlife conservancies. The County’s open and vast landscape lends itself to safari experiences that break away from the traditional and allow guests to spend time outside the game vehicle.

Moreover, the vast open plains in the shadow of the snow-capped silhouette of Mount Kenya form a serene and secluded setting, where game drives encounter wildlife including some of the most endangered species like the black rhino, Grevy’s zebra, reticulated giraffe and wild dogs with few other vehicles in sight.

That said, Laikipia is the ideal playground for those looking to feel the ground beneath their feet, to gracefully walk in the wild and spend time with the Samburu and Maasai people who call it home. It’s also the home to some of the ‘out-of-this-world adventures like camel-back safaris, nature safaris, sleep-outs beneath the stars and horseback safaris.

With that, here are some of the must-do activities in the plains of Laikipia County:–

#01. The Wildlife of Laikipia

This county under the stars is home to more than five hundred thousand endangered species than anywhere else in East Africa.

It’s a habitat to the white and black rhino, the Grevy’s zebra, ‘the Black Panther,’ Jackson’s hartebeest and the wild dog. There’s also the northern species that are found including the reticulated giraffe, Somali ostrich, Beisa Oryx, and Gerenuk. There are large elephant populations, thriving pride of lions, leopards, cheetahs, and numerous impala and gazelle.

Each conservancy is different from the other. Some, like the Il N’gwesi and Lekurruki,is run by Maasai communities, while others like Lewa have been instrumental in research and education and if you have a ‘curiosity worm’ you can get to learn about the on-going projects.

Moreover, Sabuk works closely with Samburu communities as well as running camel treks into remote wilderness while the famous Loisaba Conservancy was the creator of the inventive ‘star bed.’

Thus, if you’re looking to have a taste of the Laikipia way of life, then these are some of the places you should visit. The conservancies are far from the beaten tracks that you might imagine them to be. They’re a serene place to relax, gaze at the stars, and be one with your inner wild child.

You might even track an elephant on foot, ride a camel across rugged plains, or watch the sunset from the top of a kopje. It’s one of those activities and God-sent destinations you don’t want to miss out on.

If you’re looking to enjoy the wild at the best angles, be sure to get contact NICE Safaris for some of the best experiences of nature.

There’s a lot to do in Laikipia, check out ‘Ten Places to Visit in Laikipia & Samburu at least Twice in Your Lifetime’ and get to plan your holiday vacay today! 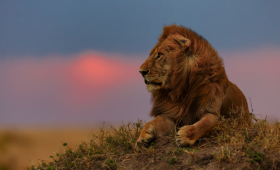